A play circuit and Portesham tower in Plymouth

Completed a week or two before the new term commences we were asked to install some new play equipment for a primary school here in Devon. The school has a nicely secluded play area with lots of space for playground equipment. 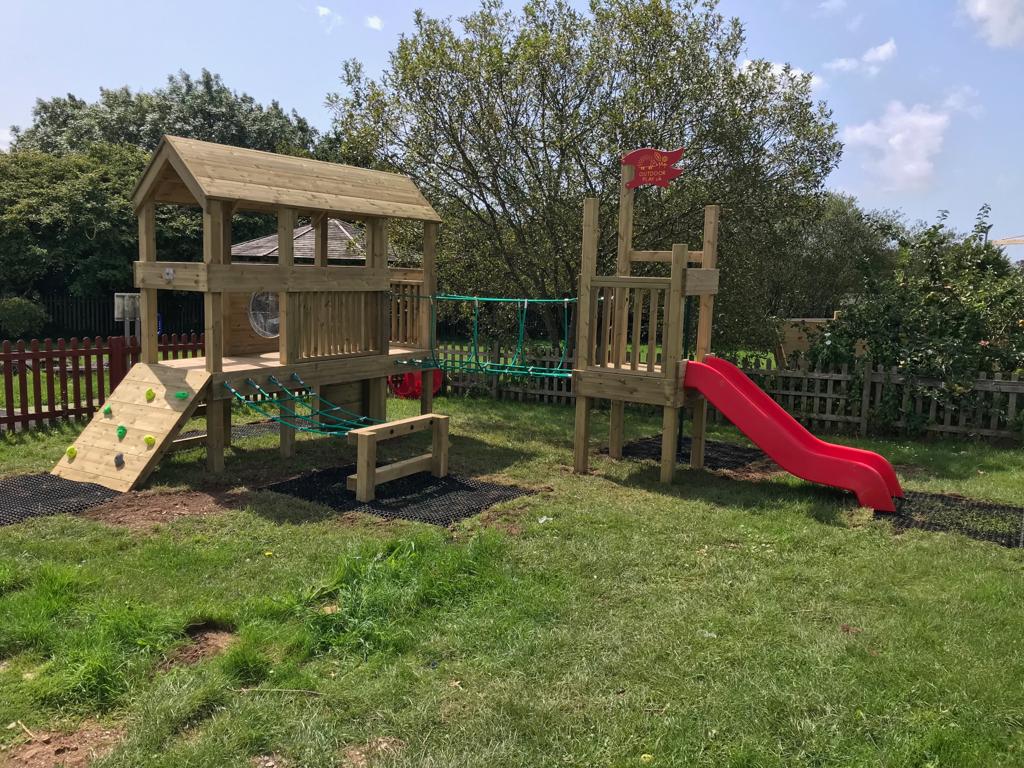 A nice surprise awaits the children of Eggbuckland Vale Primary School in Plymouth when they return to school in a few days time. The outdoor play equipment consists of a wooden Portesham tower with climbing frame and a figure of eight play track complete with road markings.

The wood built play tower has its own roof, a raised deck area with climbing ramp for access and a rope walk over to a second smaller tower which has a traditional slide to exit back to ground. Built entirely from sustainably sourced timber which comes with a 20 year guarantee, the Portesham play tower is built over rubber safety surfacing.

The wooden play towers are bespoke and can be designed to fit the play space that you have and can include the features that you want. To see more of our bespoke play towers please click here 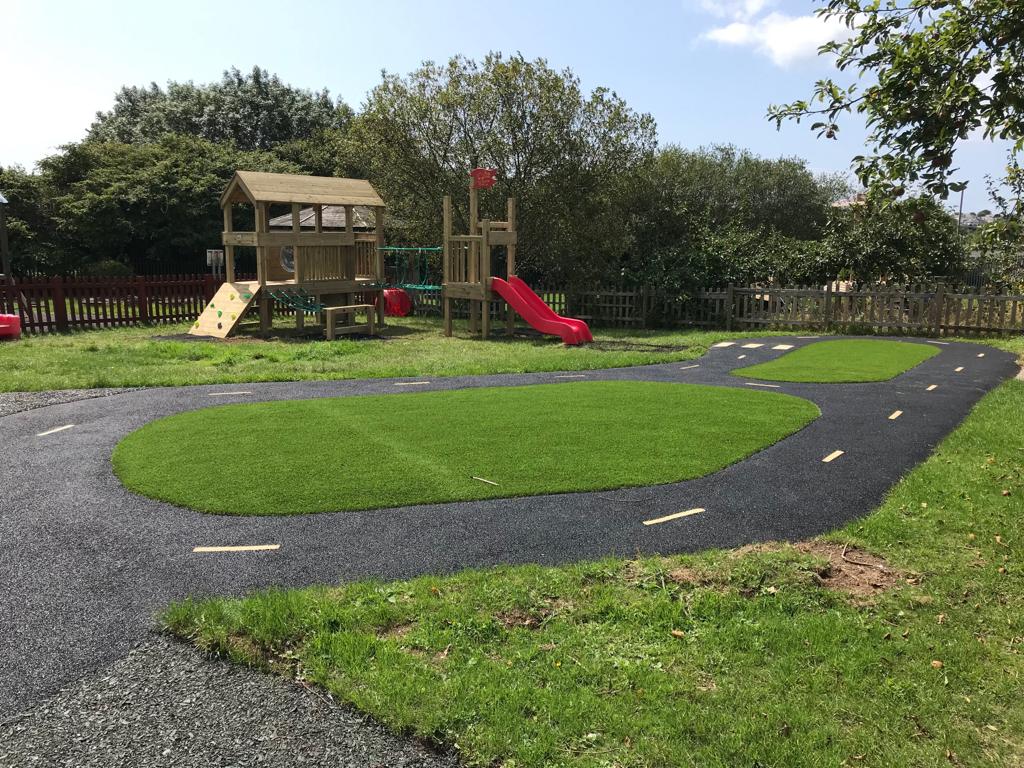 School playground racetrack with the wooden play tower in the background

The play track is shaped in a figure of eight and has white centre line markings. The track is made using wet pour safety surfacing which provides a nice smooth surface with lots of grip in all weathers. With a pedestrian crossing to the play tower and two artificial grass islands the track will be a great play space for children to ride bikes and scooters.

To see more of the safety surfacing that we offer please click here.

Built during the school holidays at the request of the primary school we hope the play area will benefit from the late warm spell that we are having here in Devon.

A busy summer for Outdoor Play

It is always nice to hear positive feedback following the installation of play equipment. This summer has been particularly busy with our install teams working at schools and parks across the south west and beyond.

Although we install play equipment nationally, much of our work is relatively local. One such job was the play climber that we built and installed at Newtown Primary school in Exeter here in Devon. 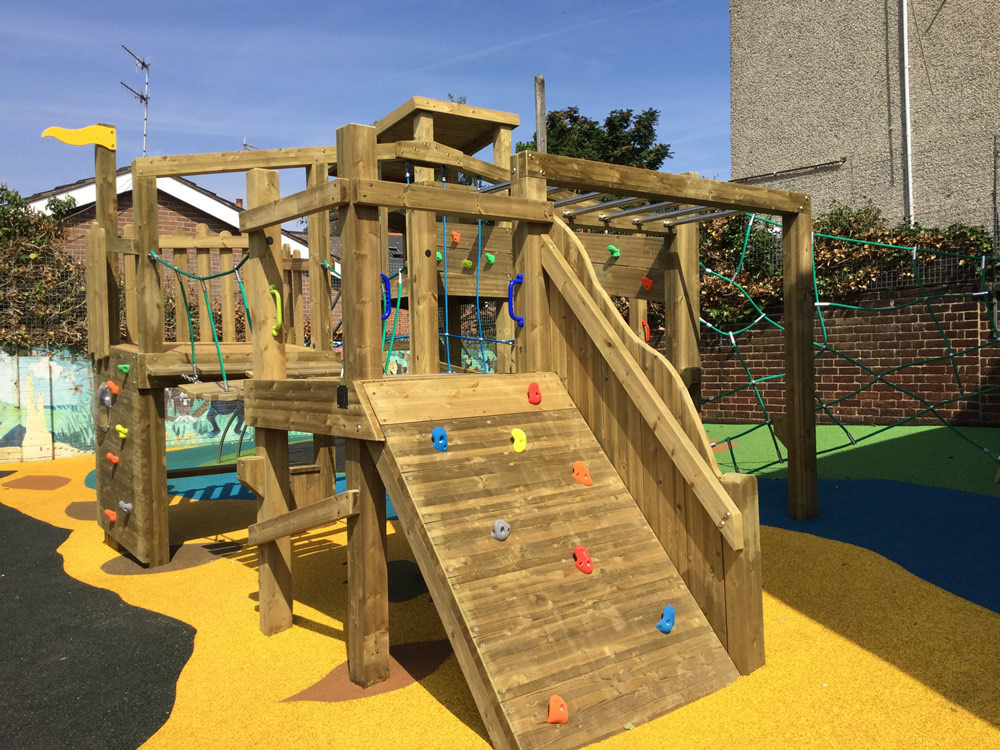 The initial enquiry was received by us in the Spring of this year and we duly visited the school to view the play area and to discuss their requirements for new playground equipment. Described as ‘The village school in the heart of the city’ Newtown Primary school is tucked away in central Exeter and has limited outside playground space. 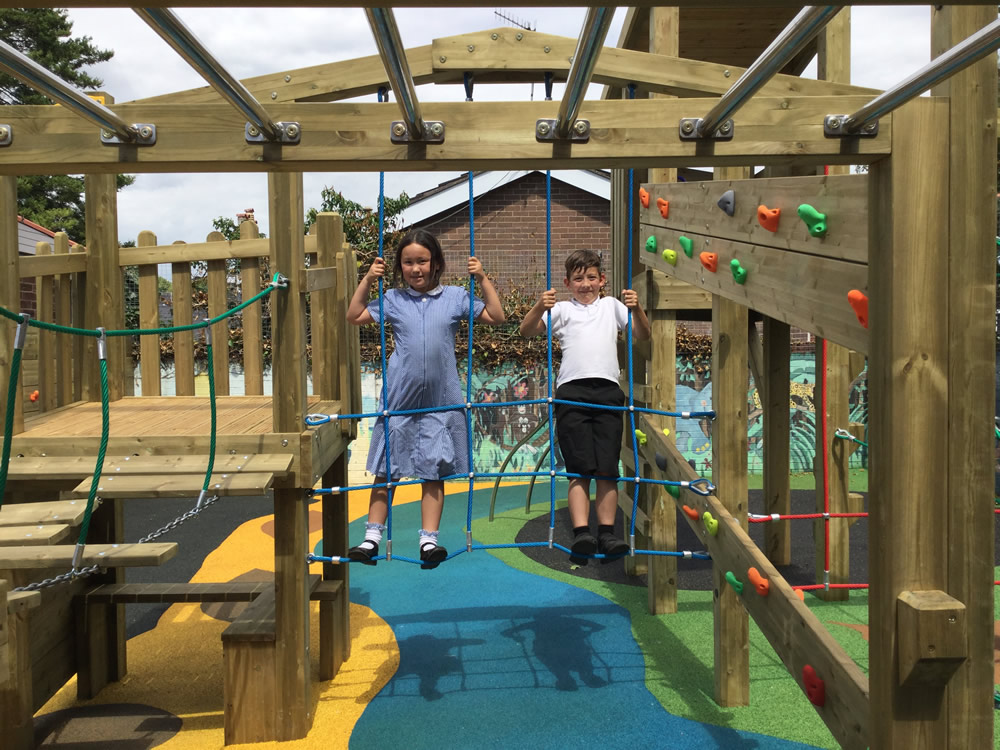 Our challenge was therefore to design and install the playground equipment that they opted for in the limited space available and that is exactly what we did ! We designed a bespoke climber that incorporates so many features including a traversing wall, clatter bridge, monkey bars, spider netting, climbing grabs and much more.

The climber and accessories were then surrounded with liquid pour safety surfacing which provides a soft compound to help avoid injury should a child fall. The safety surfacing is multicoloured to give the play equipment a bright and colourful appearance that it deserves. 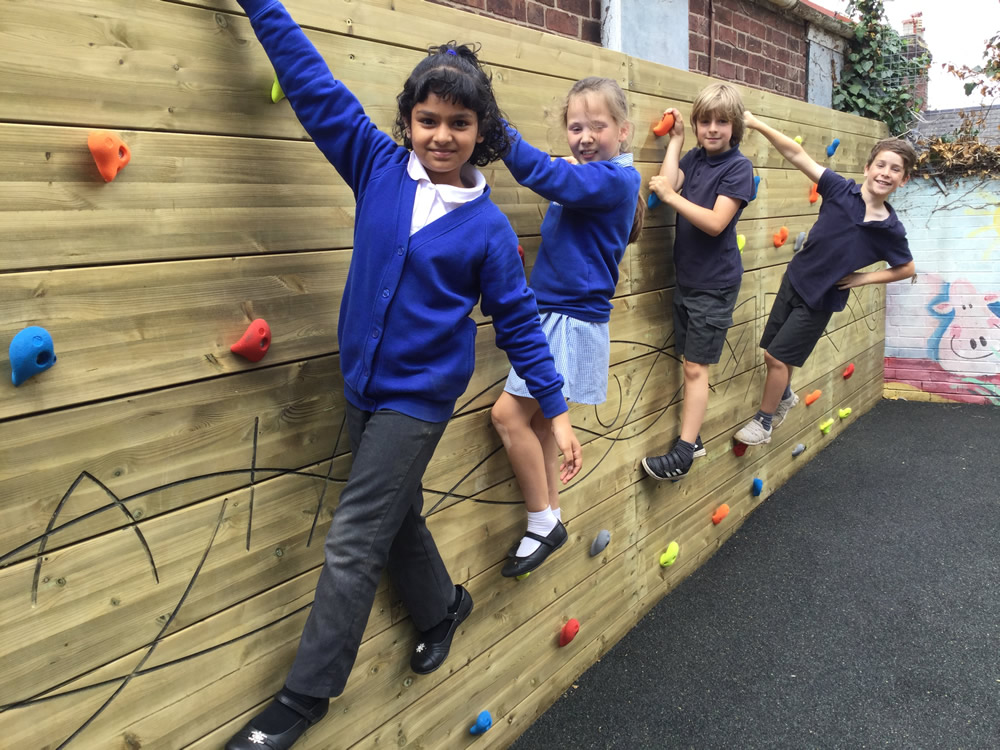 During the tendering process the school made it clear that they were looking for play equipment that ‘provided challenge and excitement’ and so that is what we delivered ! Whereas many schools prefer installation to occur during holidays, Newton Primary were happy for us to work during term time.

As Sally the headteacher pointed out, they were keen for the children to see the construction of the play area rather than for it to magically appear following a holiday. 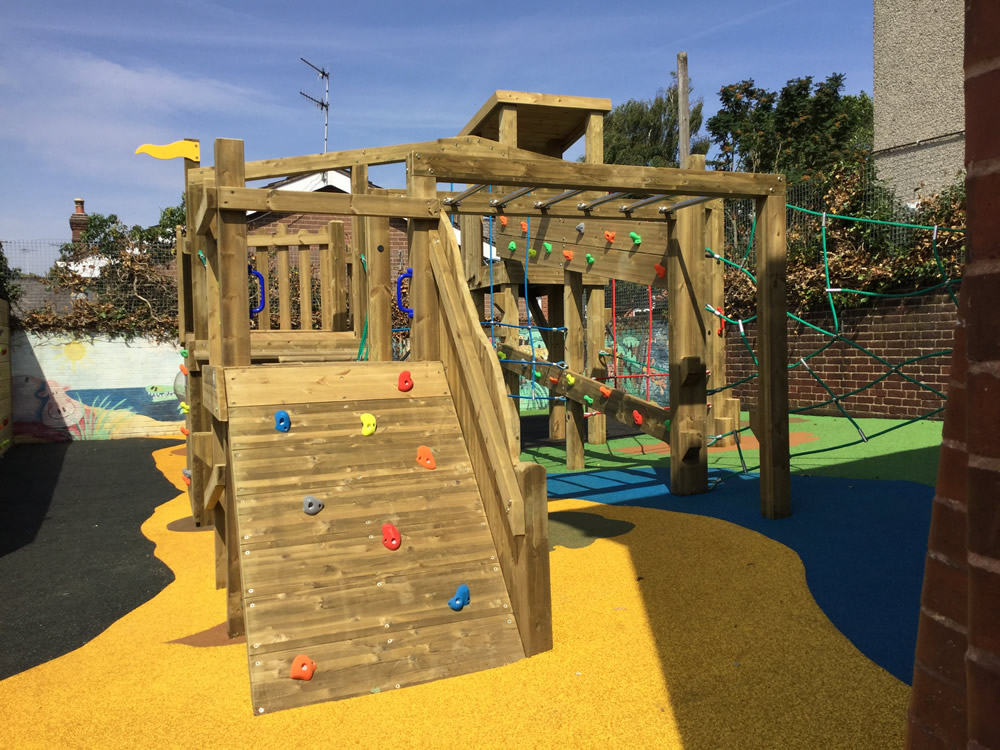 From quoting to completing the build, this playground equipment project was turned around in just a few weeks and has proven very popular with the children of the school.  We certainly enjoyed the job and are very pleased with the outcome. You can read Sally’s letter here: